Poltergeist (2015) is a remake of the 1982 classic.  Most reviews of the new version are negative, and primarily they question the need for a remake.  I try not to judge its necessity though.  Actually I think it’s not too bad, given that many remakes are often inferior to the original.

武媚娘傳奇 (The Empress of China) is a big budget TV show from China, featuring Fan Binging.  Inspired by historical events, this long drama turns the life of the empress into two love stories and conflicts with a lot of enemies – in this show except the emperors and the servants, almost everyone is an enemy.  The show structure is simple.  Enemies appear and harm the protagonist in all sorts of manner.  Miraculously she is saved every time.  Somehow the enemies then die.  New enemies show up.  Repeat.

So how is it?  In terms of entertainment, really good – if one loves the type of drama about conflicts among concubines –  apparently this type is really popular in Asia, especially for female audience.  Although it has been criticized that as a relatively inferior clone of an earlier TV show of the same type, I have not watched the other one so I cannot compare.  Anyway, this show is backed up by a deep love, and an uncountable number of exceptionally gorgeous clothes that I believe can rival Hollywood productions.  I think that most of the supporting characters gave very good performances.

Pacing is slow before the protagonist becomes the empress.  Perhaps this is one of the reasons why multiple cuts exist.  The longest cut, I believe, has 96 episodes.  During its broadcast, Chinese authority halted it because of cleavages.  It was not resumed until the remaining episodes are zoomed in on the heads only, such that the cleavages are hidden from view.

The Taiwan cut retains the cleavages, but it has 82 episodes only.  This is the version I watched.  Unfortunately it suffers from editing issues at the end – a constantly appearing supporting character suddenly disappears.  More importantly, it refers to an event that was not shown before, and since that event creates one of the final enemies, this is a significant omission.

The Hong Kong version is recut from the original down to 74 episodes, mixed with images of the palace from other documentary shows.  Although I have not really watched this either, it at least includes some segments that are removed entirely from the Taiwan cut, so I guess this could  potentially be a better cut to balance the story and pacing, but I cannot be sure.  A huge sum of money is spent on digitally covering up the cleavages:

If anyone wonders whether this is historically accurate, based on my limited understanding I’d say this is simply a fiction inspired by historical characters and events.  The innocent and kind personality of the protagonist in the show is unlikely to be real compared to the cruelty in history.  A big evil enemy in the show is rated as very good in history.  The deep love foundation in two thirds of the show is not in history at all – this is the real explanation of why the protagonist remains a lowest-ranked concubine for such a long time.  The schemes in the show cannot be taken seriously, since some schemes would have required impossible luck in timing or position precision to be pulled off.

雛妓 (Sara) (Blu-ray release 2015-5-7) starts with a girl who is raped by her stepfather, with her mother knowing but not stopping the incident.  She leaves the family, offers her sexual services to a government official in exchange for education and money.  Their relationship involving love, doubt, jealousy, and guilt are very well presented with quality acting.  While this Hong Kong movie is significantly better than 販賣．愛 (I Sell Love), I feel that the second part of the movie, involving a Thai underage prostitute for reflecting on the protagonist’s own life and redemption, is unconvincing. 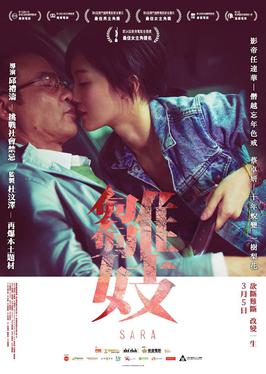 Jurassic World is a worthy sequel to the 1993 original.  Several new ideas are injected into the movie.  In particular, we get to see what a working dinosaur theme park looks like and how it works.  More importantly, it offers a chance of a large crowd being attacked by dinosaurs, instead of having just a few people running away from them for the whole time.  Kids in this type of movies tend to be really annoying, luckily they are not.  They don’t do really stupid things to attract dinosaurs attention anymore – I call this evolution.

Time Lapse (Blu-ray release 2015-6-16) tells the story of three friends discovering a camera that takes photos of 24 hours into the future.  Although this is not a mainstream entertaining movie, its plot is interesting in that the protagonists let the camera dictate their lives.  It is also fascinating to see what happens after they draw wrong conclusions about the rules implied by the future photos.  There are some stupid and unreasonable decisions, but not too many.  I also like the ending twist.

天將雄師 (Dragon Blade) (Blu-ray release 2015-6-16) tells the story of Romans joining forces with Chinese to combat an evil guy.  Although this is a Chinese movie, the addition of two western actors with considerable screen time and significance does help elevate the movie.  Although the story cannot be taken seriously, it feels partially new rather than rehashing the same old plots.  A few scenes and the ultra positive message of the movie makes it unrealistic.  However, on the whole individual war segments are well done, with some of them mixed with strong Hong Kong action styles.  Given there are so many bad Chinese / Hong Kong movies, I think this can rated as a relative success.

The only movies that I could remember of the beautiful Taiwan model Lin Chi-Ling are trash.  The good news about her latest movie is that it is not trash.  The bad news is that it’s still a failure.  It’s a pity especially considering she sacrificed her beautiful image and trained hard to correct her voice deficiencies.

王牌 (Who is Undercover) (Blu-ray release 2015-5-22) is a Chinese movie about an event in which many women are caught by Kuomintang, which believe one of them was the Joker – an important person in the communist party.  None of them was given any background, except for a one-line textual description.  It is not explained why catching the Joker is important.  It is also not explained why the communist party wants to save her at the cost of so many lives.  So we got to watch the women we don’t care about got tortured, and we don’t know why.  Some of those people sacrifice themselves to save others, but again we don’t know why it is important.  The average torture porn has better backgrounds and better reasons than this.

There may be deep meanings beneath this story, but they won’t be understood unless one is a scholar in communist history, able to map the various time periods against real history and deduce what every person may possibly represent.  Or the screenwriters think they are too smart to explain things clearly.  Or any clearer explanation will not be possible due to political reasons.  Whatever the reason, this is a failure.

賭城風雲2 (From Vegas to Macau 2) (Blu-ray release 2015-6-4) is the sequel to the severely disappointing mess in 2014.  Whereas the previous movie had a very good cast, this sequel has the top cast you can find from Hong Kong, and even some notable cameos.

Although this movie is still a mess as one may expect from a Wong Jing directed movie, I’m surprised to find that as a comedy it is better than the previous one, and overall it is more entertaining, filled with gun fights, kung fu, explosions, CG card tricks, gambling cheating techniques, cleavages, and references to classic Hong Kong gambling movies.

Note: To fully appreciate the references one need to have watched the first two movies in the God of Gamblers series (1989-1991).