Every once in a while we get really new story ideas, and they often come from Japanese manga.  Whereas the live action adaptation of Attack on Titan (2015) ruined it, Assassination Classroom (Blu-ray release 2015-9-25) succeeded.  In fact this is probably the most unusual idea I have watched this year.

An octopus-like creature is said to be an alien, destroyed parts of the moon, and the military of the whole world are unable to kill it.  It threatened to destroy the planet, unless it is allowed to teach and train up a class of students such that the students can assassinate it before the deadline.  In spite of its nature it actually is a good teacher, and inspired the students to study hard.  Without spoiling the movie, I’ll only say it’s very interesting, funny and heartwarming, and progresses at a good pace.

As for the flaws of the movie, the casting choice of a villain is odd.  He looks too childish and cute to be a villain.  There is a romantic subplot that does not go anywhere, but perhaps it may in the 2016 sequel.  The mystery background of the alien is not completely revealed in this movie, but I’m sure we’ll learn more in the 2016 sequel.

Tomorrowland (Blu-ray release 2015-10-13) teaches the importance of not giving up.  Its concept is good, but the movie is disappointing.  Early on the viewers are shown how great Tomorrowland is.  In spite of the title, most of the time the movie is not in Tomorrowland but trying to get there instead, while running away from bad guys.  When they finally get there, it’s not so good.  It’s underwhelming, and so is the movie.

The protagonist is annoying initially, and is said to be able to change the world.  The way she changes it is also underwhelming, which is no different from what typical action movies do.  The movie spent a significant amount of time revealing George Clooney’s character’s past, although it does not help with the main plot at least it’s potentially more interesting.  The Tomorrowland when he saw as a child is totally different from the current state.  Again it may have been more interesting to see how and why it degenerates severely.

San Andreas (Blu-ray release 2015-10-13) is a disaster movie that needs no explanation.  I think the CG is awesome with building collapsing and destroyed cities.  The plot is rather standard, although I feel a tiny bit odd that the Fire Department Air Rescue staff decides to save his own daughter instead of trying to save everyone.  The movie accomplishes this by keeping unimportant stranded people offscreen.  Although critics do not appreciate this movie much, I’m very pleased that nobody does anything seriously stupid, and nobody is annoying, not even the boy.

Air (Blu-ray release 2015-8-3) says that Earth is devastated by chemical weapons, air becomes toxic, so selected scientists are put into deep sleep in underground facilities.  These facilities are maintained by two guys, who wake up from deep sleep periodically.  An accident destroys one of their deep sleep chambers, they need to find some means to go into deep sleep again before their limited air runs out.

This sounds like a good enough sci-fi idea, but the potential is wasted here.  In spite of a numeric countdown of the remaining air, this movie fails to generate tension.  Part of the problem is caused by its weak screenplay, which contains far fewer events than typical survival movies like Gravity (2013).  At some point mistrust grows between the two men due to poorly conceived reasons and an unreasonable and unexplained action.  It ends with a entirely forgettable chase.  The only good thing is that it discovers a truth behind the facilities, but unfortunately that truth is not explored further. 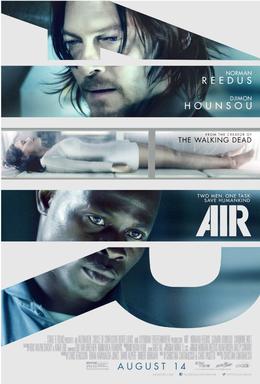 In Search of the Lost Future (Ushinawareta Mirai o Motomete) is an anime series (12 episodes + OVA) based on an adult visual novel.  Several members of a high school astronomy club are joined by a mysterious girl who came out of nowhere.  This girl hides her true purpose and strives to protect another girl, who is a childhood friend of and loves the protagonist.

This anime has a harem aspect but it is not the focus of the story.  It has a little fanservice (more in the OVA), but no sex.  Before the anime progresses to the main point, we see some club member activities, although generic I find them pleasant to watch, as compared to the first several episodes of Steins;Gate which I’m not too excited about.

When the truth and time travel is finally revealed, it is already near the end of the series, and is therefore resolved fairly quickly.  I find it interesting that the characters seem to make the worst possible choices, making the goal impossible to reach.  I think the ending is good and nearly sufficient, although some viewers are dissatisfied.  Steins;Gate had far more time and complexity in its time travel though.

My only gripe about the series is that it never properly explains the origin of the black box, since it is a central part of its time travel.  In the OVA it is revealed that the black box has existed a long time before the characters are born.

沙西米 (Sashimi) (Blu-ray release 2015-9-17) is a Taiwan drama about a BnB owner who meets a Japanese AV actress who looks exactly like his disappeared wife, then the female assistant who helps the owner, and occasionally has sex with him, becomes jealous.

The main plot is not entirely satisfactory, and the subplot is incomplete and serves little purpose.  The ultimate ending is also strange in that it defies what has been established before.  I think only fans of Hatano Yui who do not mind watching her in a below average drama may watch this.

A Royal Night Out (Blu-ray release 2015-9-7) is a fictional account of princess Elizabeth and Margaret going out to the street to join the crowds in celebrating the end of World War II.  They face dangers like jumping on to the wrong bus without money and drinking alcohol with strange men, but a reluctant hero saves them.  I cannot say this movie is interesting, but its recreation of the London celebration in 1945 looks awesome.  I think The Princess Diaries (2001) was far more entertaining.

五個小孩的校長 (Little Big Master) (Blu-ray release 2015-8-20) is one of the best Hong Kong movies this year.  This is a true story about a teacher who accepts an incredibly low salary and goes to teach a countryside kindergarten with only 5 students, otherwise that kindergarten will be closed down and the poor children cannot receive education.

The cast is really good.  The lead actress gave one of her best performances, and the adorable kids performed exceptionally well too.

Many incidents depicted in the movie really happened, although they are not restricted to the real life counterparts of the five kids depicted in the movie, e.g. a real estate company building a sand wall to enclose the home of a poor family to force them to move out, the teacher being persuaded to join a profit-oriented tutoring school, and a kid saying she does not want to graduate, etc. 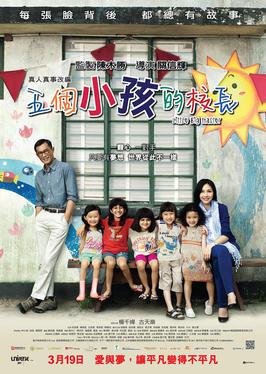 Sailor Moon Crystal is the remake of the classic manga.  We already had a 200-episode anime adaptation of it in 1992-1997, but for me that adaptation had two serious problems: 1. Formulaic and repetitive, 2. Unfaithful to the manga (although it was partially due to the manga not being completed before the anime was made).

Fans were excited by the remake, hoping it could make things right.  However, it turns out that many fans are disappointed.  The main cited problems include: lack of character development, drawing glitches, pacing, and plot issues.

Overall I think the graphics are much improved over the 90s version.  I know, because I only finished watching the 200-episode 90s version a year ago.  Most of the time the new version looks beautiful.  Some faces look less than perfect but I don’t think they are unacceptable, although occasionally there are some drawings that look really odd.  The good news is that the Blu-ray version corrects some of these problems.

It is true that most of the characters other than Sailor Moon are not developed at all.  My impression is that the manga did not have too much development for those characters to begin with, but the new anime takes a step further to eliminate them and totally focus on Sailor Moon.  I see this as the greatest problem in this version.

The pacing is heavily influenced by the manga.  Although people think the pacing is very bad here, I definitely prefer this to the slow pace of the 90s version.  As for the plot issues, e.g. Tuxedo Mask causing more problems than he helps is annoying, but many of these originate from the manga.  One cannot really blame the adaptation for the plot in the source.  Those who are disappointed by the plot should rethink what they liked about Sailor Moon in the first place – whether it is the manga, or the 90s anime, or they only like the characters of the Sailor guardians and don’t care about the manga plot.

Is Sailor Moon Crystal a good anime?  The severe decline in viewership perhaps provides an objective answer to this question.  There are definitely other anime with better overall quality and less flaws.  My perspective is simply this: Sailor Moon is a classic manga, the non-faithful 90s anime already had a chance to improve upon it.  Now I only want a faithful adaptation.  Although not flawless Sailor Moon Crystal fulfils this wish.  I look forward to the next season, although the chance is pretty slim.