Although not an accurate portrayal, The Greatest Showman (Blu-ray release 2018-4-10) is a fascinating musical with a good intention.  It tells the story of P.T. Barnum starting a circus with people of different race, color and appearance, although exploitation is shown as a celebration of diversity instead.  This is a better musical than La La Land in terms of entertainment value, and having the music actually tell the story.  Warning: if you do not know the history of the person, do not google him before watching the movie, for the sake of enjoying it.

The Third Murder (Blu-ray release 2018-3-7) is a Japanese legal thriller.  A lawyer tries to help a murder suspect get a life sentence instead of death penalty.  The problem is, the suspect’s telling of the crime differs every time.  The victim’s wife and daughter, are also hiding secrets.  The daughter has a friendly relationship with the suspect.  No one is telling the truth.  While some viewers may appreciate the critique of the legal system, I hate open endings.  Spoiler: At the end we do not even know whether the suspect committed the crime or not.

Coincidentally, two consecutive movies I watched start with a parent forcing the teenage daughter to go through an abortion.  紅衣小女孩2 (The Tag-Along 2) (Blu-ray release 2018-2-27) is the sequel to the 2015 horror movie, which was inspired by a real life mysterious video in Taiwan.  Although this movie can be watched alone because it focuses on new characters, it is actually connected to the previous one, and reinterpreted the previous ending in the opposite manner.  This movie involves a deserted theme park, which really exists, and provides a satisfactory origin for the demon, who lures people into the hill.

I think the previous movie is more focused on horror, while this one adds more drama involving three mothers.  As before, it is infused with an Eastern culture that cannot be seen in Western horror movies.  I like this movie as I liked the previous one, but I find the dark lighting throughout the whole movie annoying. 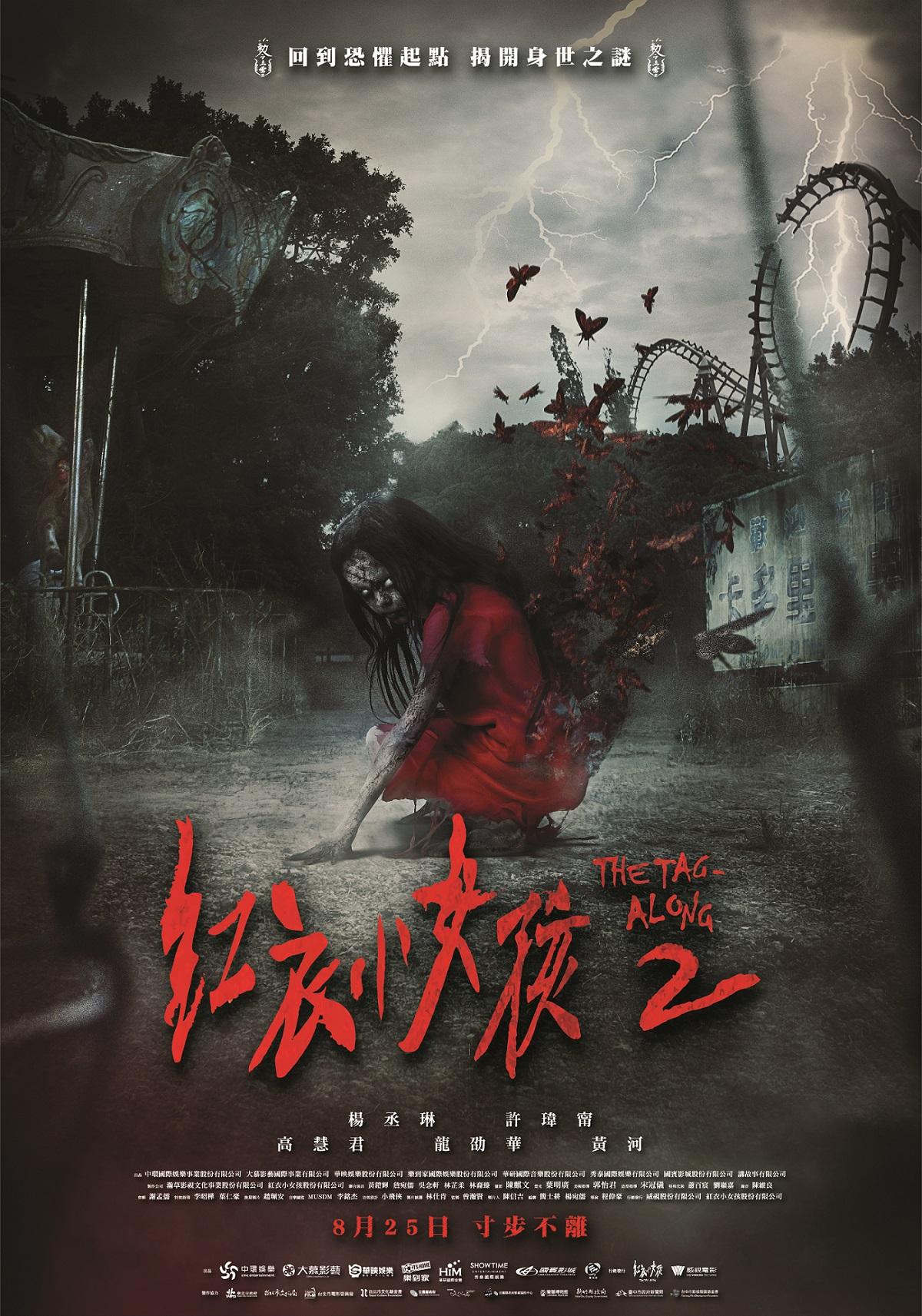 殺破狼·貪狼 (Paradox) (Blu-ray release 2017-12-12) is the third movie in the Hong Kong kung fu action movie SPL series.  Each movie in the series is standalone.  The protagonist, a policeman in Hong Kong, arrests his daughter’s teenage boyfriend, and forces her to have an abortion.  She is unhappy, goes to Thailand, and happens to be captured by the bad guys.

Although it sounds like Taken (2008), this movie is very different.  Firstly, this one is kung fu oriented, obviously.  Although there are criticisms of the fight scenes not being as excellent as before, they are still mostly very good.  While it is usual for this type of movie to have a poor story, the screenplay is much better than usual – it is dark and poignant.  Not only are there a lot of deaths, we see a tragic manifestation of karma too.

今晚打喪屍 (Zombiology: Enjoy Yourself Tonight) (Blu-ray release 2018-3-2) is an incomprehensible zombie movie inspired by, but not faithful to, a Hong Kong novel.  It fuses random ideas such as Japanese anime superheroes, traditional Hong Kong culture and social commentary, without bothering to tell a coherent story and plot development.

It sets up an ultimate weapon but is not used at all.  It also fails to workaround the story to manage the absence of an actress, yet it has the nerve to set things up for a sequel that will not appear.  Its relatively small budget is not an excuse for the overall mess, because individual scenes with a lot of zombies and the make up are actually done acceptably.  At the end we do not know whether the zombie attack is real or just happening in the head of somebody.  This is a total failure by the filmmakers, and even worse than the typical trash comedies, because the latter is at least mostly comprehensible.  Labelling this movie as cult does not make it an acceptable movie.

I, Tonya (Blu-ray release 2018-3-13) tells the story of Tonya Harding, with some mockumentary scenes thrown in to very good effect and improve the story telling from multiple points of view or truths.  As a biography this movie is much more interesting than I expected.  The real life event was dramatic enough, and the portrayal of the characters are comedic, even if they are being abused.  Having an Oscar winning acting performance helps a lot too.

The most important lesson I learned from this movie is this: Do not marry an idiot.

空手道 (The Empty Hands) (Blu-ray release 2018-2-14) tells the story of a little girl, who lost a karate competition, had since resented her Japanese instructor father.  She grows up,  becomes a mistress and is messed up in life.  She is surprised to find that her father gave half of the dojo to another student in his will.  That student entices her to compete again in order to regain her life.

Although the screenplay has some notable gaps concerning the supporting characters and the ending, I find the movie to be a little special.  We see an expansion of the lead actress’s acting from this movie and Husband Killers (2017).  [Edit: A few days after this review is initially published, she gets an acting award for this movie.]  The movie reflects the social problem of real estate in Hong Kong, and public park occupied by square dancing women, etc.  I think the primary reason of it failing at the box office is that it is a drama, instead of meeting audience expectation of having more fight scenes as implied by the Chinese title.  Strangely enough it has some cleavage scenes, and a supporting character is also shown to be doing a sexy job at the end.

(Note: There exists a political interpretation of this movie.  The year 2014, during which the student did something morally right and went to jail, marks an important political event in Hong Kong.  The mute supporting character, and people not helping him, may represent people’s voice not being heard.  The director, who is also the lead actor, having been banned from China due to his political stance is perhaps keeping his stance, even if this means losing money as shown as throwing and damaging a Rolex.) 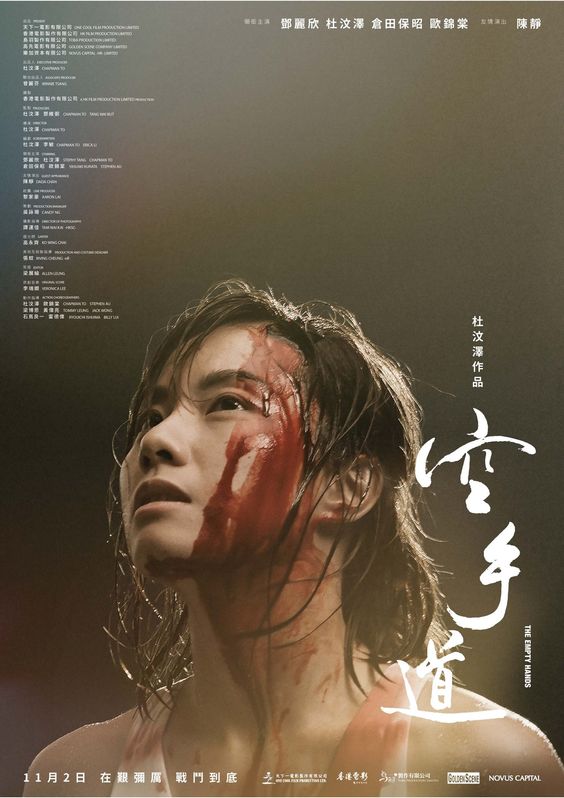 Second Summer, Never See You Again (Blu-ray release 2018-2-23) is a Japanese romance movie.  The protagonist confesses his love to a classmate just before she dies.  The girl is not impressed and tells him to go away.  Magically he is given a second chance to time travel back to 6 months ago.  He decides that this time he will not confess, yet her behavior changes slightly.

I’m not impressed by this plot.  I think the girl’s initial reaction is unreasonable.  How it ends is odd too.  The movie often refers to a legendary band that inspired the whole thing, but keeps it a secret.  The final revelation of the secret is dull and only makes the story more incomplete.  I think the time travel is used merely as an excuse to create a movie that tries to be tear jerking.

The Disaster Artist (Blu-ray release 2018-3-13) is a true story about the making of The Room (2003) that some consider to be the best worst movie.  This can be seen as a comedy as the protagonist has such an eccentric personality, which James Franco portrayed exceedingly well.  It shows that not everybody can make a movie, having money and a crew and cast to support it is necessary but not sufficient.  It interests me enough to consider watching The Room.

Jumanji: Welcome To The Jungle (Blu-ray release 2018-3-20) is the sequel to the 1995 movie.  Basically, new characters get sucked into the Jumanji game for a new adventure of running away from CG animals and completing a quest.  This is an above average entertaining movie, with no serious flaw, except that the geographic location of character resurrection is not strict.  I like the humor in this movie, such as the really bad kiss in it – I’m sure I’ve never seen another that is worse (for a great effect).

What is surprising is how this movie gets a top box office, while Zathura: A Space Adventure (2005), a related movie, flopped.  Perhaps this has something to do with replacing annoying kids by charismatic adults that encompass different demographics?