Solo: A Star Wars Story tells the backstory of Han Solo, 10 years before Episode IV (1977).  I think it is a solid and competent action adventure, while providing answers to questions fans had.  However, the action sequences cannot elevate above similar stuff seen in various Star Wars and other movies before.  So although it is quite good, it is not truly exciting enough.  The answers and the dramatic twist(s) make it worthwhile to fans, but not so much for casual viewers.  Comparatively, Rouge One (2016) was truly great.  Unfortunately, the box office reflects these aspects too.

血觀音 (The Bold, the Corrupt, and the Beautiful) (Blu-ray release 2018-4-3) is a Taiwan crime drama related to a family of three women.  At the beginning we see the matriarch meets with various officials and their families.  Corruption is involved among several parties.  The elder daughter seems to help with setting things up.  The younger daughter also starts to understand the role of their family.  Mysterious deaths start to take place.

This it the type of movie where it’s much easier to read subtitles than listen to the dialogue.  It involves three kinds of Chinese dialects, and a few lines in Japanese as well.  To make it even harder to understand, a few parts of the story are sung by storytellers, or using Buddhist text.  Since the system of corruption involves different officials, it may also be confusing initially.

Audience who get past the above challenges will be rewarded with the award-winning screenplay and acting performances.  The deaths, corruption, and the schemes are intertwined with the relationship of the three women.  The relationship part has even more depth than the corruption system – initially it seems that the matriarch favours the young, pure and innocent daughter, and is upset with the elder one’s smoking of weed.  However, this is not the truth.  Likewise, the relationship between the young daughter and her only friend, who is in a coma after an incident, is anything but straightforward.  This movie ends in a really appropriate way that reflects its Buddhist view.

Psychic Kusuo (Blu-ray release 2018-5-2) is a live action adaptation of the comedy manga The Disastrous Life of Saiki K.  The protagonist is born with all sorts of superpowers.  He hides them in order to live a normal high school life.  However, he is surrounded by really weird classmates, especially a really beautiful and cute girl, who attempts to present herself as a perfect girl, and make every boy fall for her.

The original material is a series of disjointed short stories.  The movie manages to make a reasonably cohesive combination of the jokes.  I agree with other reviews that the overacting of the girl is too repetitive.  However, I don’t think this is a disastrous adaptation.  I think it is a very acceptable portrayal of the comedic themes of its source material. 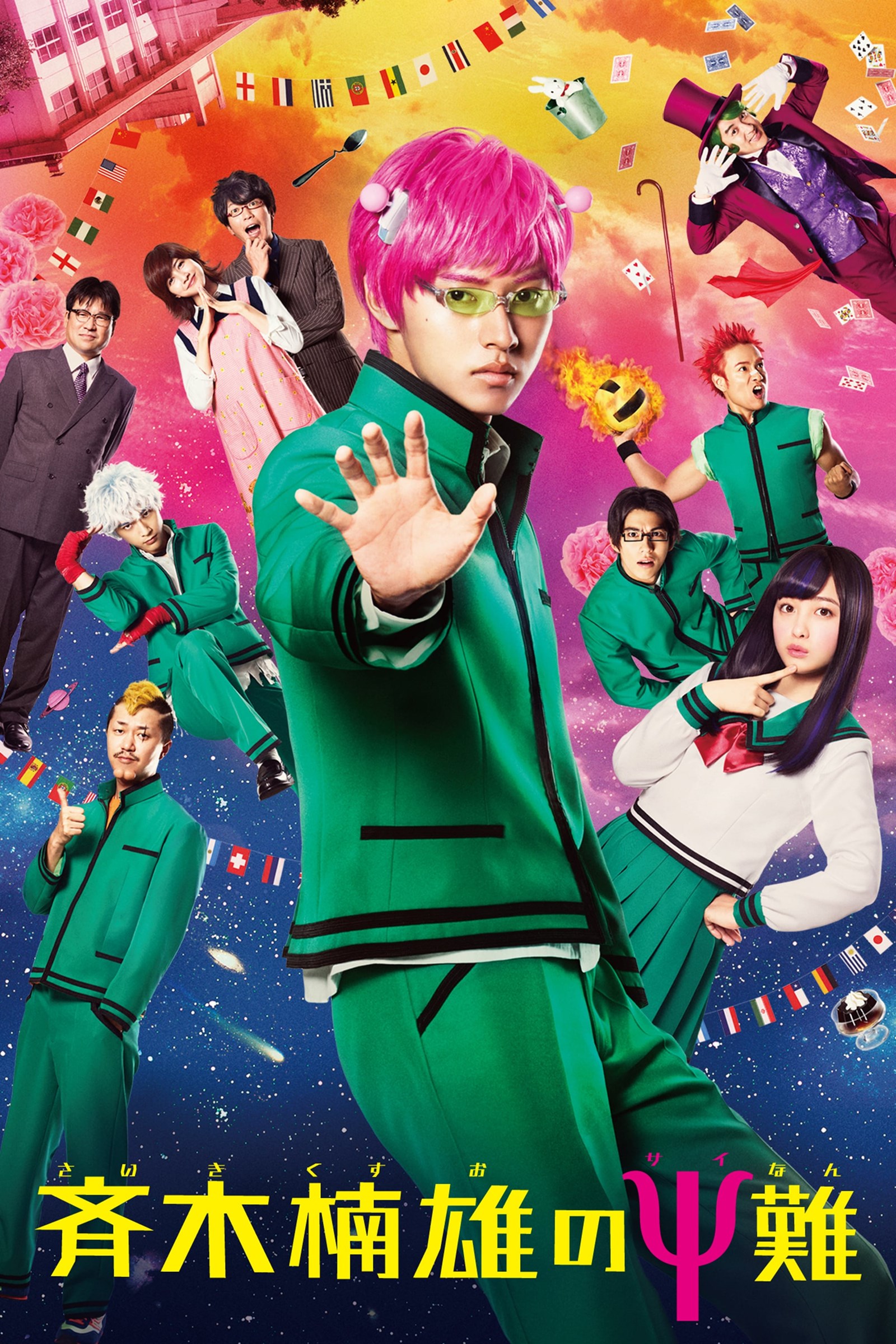 西遊記 女兒國 (The Monkey King 3) (Blu-ray release 2018-5-18) continues the very loose adaption of the Chinese literature Journey to the West.  This time, it becomes a love story between the monk and the ruler of a country where there is only women and no men.  It even removed the seduction part of the original literature, making it an innocent love story that does not work.  To prevent the audience from becoming too bored from the unconvincing love story, it starts and ends with fake CG battles.

The literature is a fantasy adventure, so people do not expect a movie to be mostly a love story.  When the main theme fell apart, the other action scenes (which are not noteworthy anyway) and jokes cannot rescue it.  So its box office is weak. The Gateway (2017) is an Australia sci-movie movie about parallel worlds.  The protagonist developed a device for teleportation, but discovered that it teleports stuff to a parallel world instead.  Her husband has just died in a car accident, so she goes to a parallel world and bring the alter ego of her husband alive in that world back to her own world.  This reunited family does not stay happy for long, however.  The new husband starts to act weird.

There have not been that many movies about parallel universes without time travel.  The story in this one is surprisingly good.  I even like the ending twist, it reminds me of Back to the Future (1985).  Just as good time travel movies often have multiple timelines, this movie does not only have two parallel worlds – it really has multiple universes and they fit into the plot.  One minor thing is that the teleportation device looks really cheap, it compares badly to the one in The Fly (1986).

I’m attracted to the poster of I Kill Giants (Blu-ray release 2018-5-22).  I made the same mistake as I did for A Monster Calls.  This is the same kind of movie that I should not watch, but this one is even worse for me because it is filled with very unlikable children, dysfunctional family that I don’t care, and bullying.  The protagonist is a nerd, believes giants are real, and she is determined to protect the town and kill the giants by using traps and her ultimate weapon.  In the same way I absolutely do not appreciate those Chinese ghost movies which claim there are no ghosts, I do not consider this to be an actual fantasy movie.

Outrage Coda / Final Chapter (Blu-ray release 2018-4-24) completes the Outrage trilogy.  After getting betrayed by the gangster organizations in the previous two movies, the protagonist has escaped to Korea.  Something happens, so he comes back to Japan to take his revenge.  The movie spends a lot of time detailing the schemes of a bad guy to attack his enemy while framing another enemy.  I feel that the theme is not so different from before.  The violence is also toned down further, and we do not get to see them cutting their own fingers anymore.  This is really given a final chapter treatment, although I admit I do not fully understand the ending. 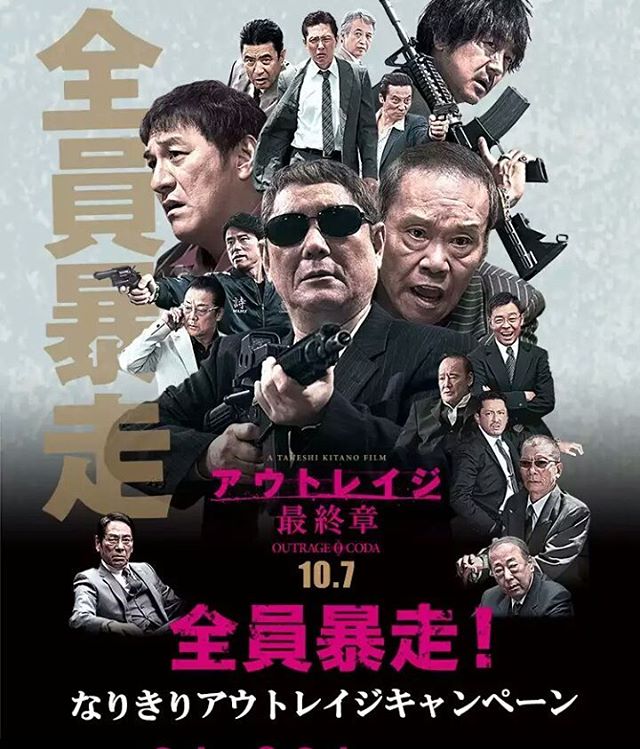 Red Sparrow (Blu-ray release 2018-5-22) is a spy thriller based on a novel.  The protagonist unwillingly takes up the job to be a Russian spy for the sake of providing medical care for her mother, and goes to a school to be trained for sexual seduction.  Her assignment is to find out the mole from an American CIA spy.

The major problem with this thriller is that it is not thrilling, unless one mistaken torture and exploitation for thrilling.  In spite of the duration of the movie, certain plot transitions do not seem to be given enough exposition to be believable.  Similarly, why the protagonist chooses to do certain things at different points in the movie are not quite clear.  The 007 movies feel almost more realistic.

After The Shape of Water features human-fish sex (technically it’s not a fish, but you know what I mean), Cold Skin (Blu-ray release 2018-4-30) features something similar too, adapted from a 2002 novel.  A man takes a job to be the weatherman at a remove island, where his predecessor has gone missing, and the only other human living there is the lighthouse technician.  Soon he finds that he is attacked by sea monsters at night.   So he seeks help from the technician, who views human objective as to invade and conquer, and wants to exterminate those monsters, but keeps a female one to be his sex slave.

As soon as the sex slavery is shown, it is apparent who the real monster is in this movie.  Since it originates from a novel, it has more thoughtful lines than other sci-fi horror movies.  It is not the usual Hollywood action-oriented movie, but it has sufficient amount of battles and other things in the plot to keep things moving at an acceptable pace.  After watching The Titan (2018) that is so bad, it is refreshing to watch a sci-fi movie that is not bad.

閨蜜2之單挑越南黑幫 (Girls vs Gangsters) (Blu-ray release 2018-5-4) is a sequel to Girls (2014).  I liked the predecessor a lot so I really looked forward to this sequel.  However, to say I am disappointed will be an understatement.  Other than sharing two of the same protagonists, this movie does not look like a sequel in plot focus and tone at all.  Rather than continuing to develop the friendship, the movie attempts to be a comedy by imitating The Hangover (2009) poorly, even including Mike Tyson into the cast as well.  Different scenes and characters are thrown in for laughs with no sense of continuity and reasoning.  As much as I like one of the actresses, the exaggerated acting is hard to swallow.  This movie approaches typical Hong Kong trash comedies.