Extinction (Netflix) has a poster that implies alien invasion.  Although I feel that the frequent transition between reality and nightmare scenes in the initial part of the movie annoying, once the invasion starts it is okay.  A large part of the movie deals with a family running away from the invaders.  Then there’s a twist, which I really like.  Normally I don’t like kids or stupid people who just stand there in front of a killer, do nothing, wait to be killed and cause harm to other people.  However, I like the little girl’s performance.

Skyscraper (2018) is sort of a hybrid between Die Hard (1988) and The Towering Inferno (1974).  Terrorists invade a CG tower in Hong Kong and make it burn to achieve something.  It is up to Dwayne Johnson’s character to save his family trapped inside, and to stop the terrorists.  And he only has one leg.

The action set pieces look fine but not extraordinary.  At least I enjoyed it a little more than Rampage (2018).  I rather like the concept of the CG tower in the beautiful view of Hong Kong.  With the exception of using Baidu instead of Google as their primary web search, I can accept this is as a movie that takes place in Hong Kong as it has a sufficient amount of Cantonese dialogue.  I thought it would have some elaborate ways to extinguish the fire, but no.  It is not really about the fire.

大樂師·為愛配樂 (Concerto Of The Bully) (Blu-ray release 2018-6-21) is a Hong Kong fairy tale from a director who films his own novel.  The protagonist is forced by his friend to assist in the kidnapping of a woman, who coincidentally wrote the music he really likes.  He takes care of her, helps her finish her song and sings for her.

In spite of the abysmal box office, this is actually a pretty good movie by Hong Kong standard.  It is a rare combination of kidnapping and music, and actually got an award for the music.  The drama is fine and pleasant as a fairy tale, with some humor as well.  The outcome of some supporting characters are a little odd though. The Spacewalker (Blu-ray release 2017-10-27) is a Russian movie that tells the story of the mission of the first astronaut who walked in space.  This is as close to a Russian version of Apollo 13 (1995) as one can get.  This is a beautiful movie, and its cold war perspective offers something different that we do not usually see in Hollywood space movies – at one point a general suggests to let the astronauts die to protect the interests of the country.  Although the movie is respectable, it lost money.  It suffers from slow pacing, and does not have as much tension as its American masterpiece counterpart.  I do not know if this is a cultural thing or not, but once again the Russian wives of the astronauts show distinctly less emotion than I expect when they learn bad things happen to their husbands.

Tau (Netflix) is yet another one-character against Artificial Intelligence (AI) movie, a little bit like 2036: Origin Unknown.  This time it is a horror movie.  The protagonist is captured by an evil scientist trying to advance the state of the art of AI.  Although both the bad guy and the protagonist make stupid decisions as people generally do in horror movies, and there is not much tension, there is one single idea I like.  How do you seduce an AI?  By giving it information.

Rampage (Blu-ray release 2018-7-17) is inspired by a video game about giant animals destroying a city.  In this movie, some animals are accidentally affected by weaponized DNA editing made by an evil corporation.  I think this is an average entertainment for those who like seeing CG monsters, but the previous two King Kong movies (2005, 2017) and the two Godzilla movies (2014, 2016) were distinctly better.  The screenplay feels like an excuse to get to the climax of seeing the city getting destroyed, which is understandable considering the source for the inspiration.  The best scene is the CG Gorilla giving Dwayne Johnson’s character the finger.

骨妹 (Sisterhood) (Blu-ray release 2018-6-22) is Macau movie that details the strong friendship between two women via flashbacks.  One of them got pregnant so they even tried to raise the child together for a short time before breaking up.  At the end, the child is given a choice, with his birth mother wanted him to make the right choice.  Having a choice now and not having one in the past also drastically changed the life of the protagonist.  All these happen while contrasting with the huge changes of Macau.  For those who like to watch female relationship movies, this one is very competent, unlike the disappointing 閨蜜2之單挑越南黑幫 (Girls vs Gangsters). 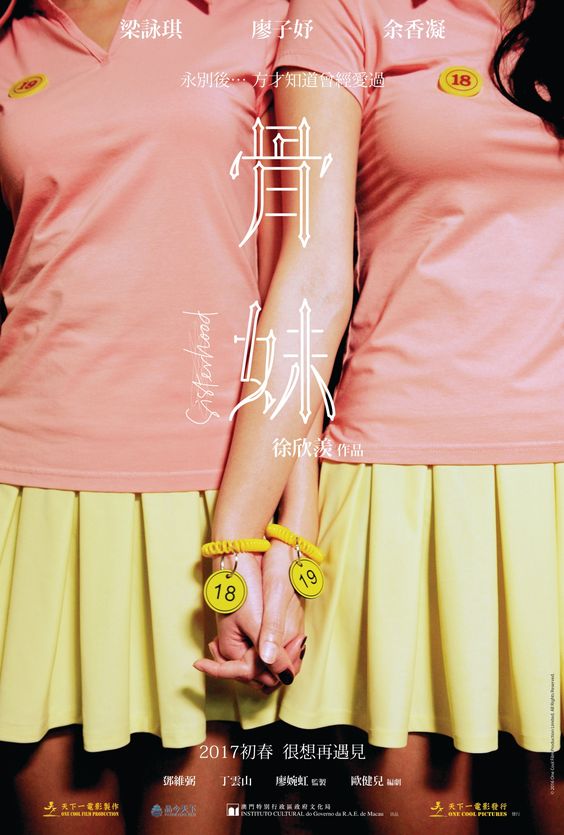 As a sequel, Pacific Rim: Uprising (Blu-ray release 2018-6-19) has a few good ideas late in the movie, and honors the Japanese roots for giant robots and monsters.  However, the characterization is weaker with the conflicts among the team members being a waste of time without achieving much.  We also get a repeat but much weaker version of the lead heroine backstory.  In this movie, the battles occur in daylight and the limitations of the CG are more obvious.  As a giant robot vs kaiju movie, I think the kaiju appears far too late.  Although another sequel seems unlikely given the box office disappointment, I’ll still be interested in the third episode if that becomes a reality.

A Wrinkle in Time (Blu-ray release 2018-6-5), an adaptation of a novel, manages to have everything I hate in a kid’s movie: bullying, annoying children, evil children, preachiness and stupidity.  I’m not surprised it bombed at the box office.  Consider this: after arriving at the totally evil planet, in the beach scene the protagonists eat food given by the manifestation of pure evil.  Snow white could be forgiven because she did not know the witch is evil.  Here they knew the planet is evil, so it absolutely does not make sense.  The movie is clearly not meant to be watched by adults.  I cannot think of a weaker and more boring climax about good vs evil in the last two decades.