恭喜八婆 (Missbehavior) (Blu-ray release 2019-7-26) is a Chinese New Year raunchy comedy movie, about a group of friends trying to find human milk to replace one bottle that was accidentally used to serve coffee to a client.  I require movies to have a basic story that is intact, so this mess fails for me, and I consider it to be the worst movie from this talented director.  The presence of a poop joke shows how low this movie goes.  Apparently a lot ideas are taken from internet forum jokes, so some people are already familiar with them.  The climax makes no sense to me.

Note: The director came up with the idea of this story in one night, based on the Chinese movie title provided by his wife.  He completed the shooting in 14 days using a Panasonic GH5 camera, because there was no investor.  Reportedly a producer is interested in making a Hollywood remake of it, surprisingly. 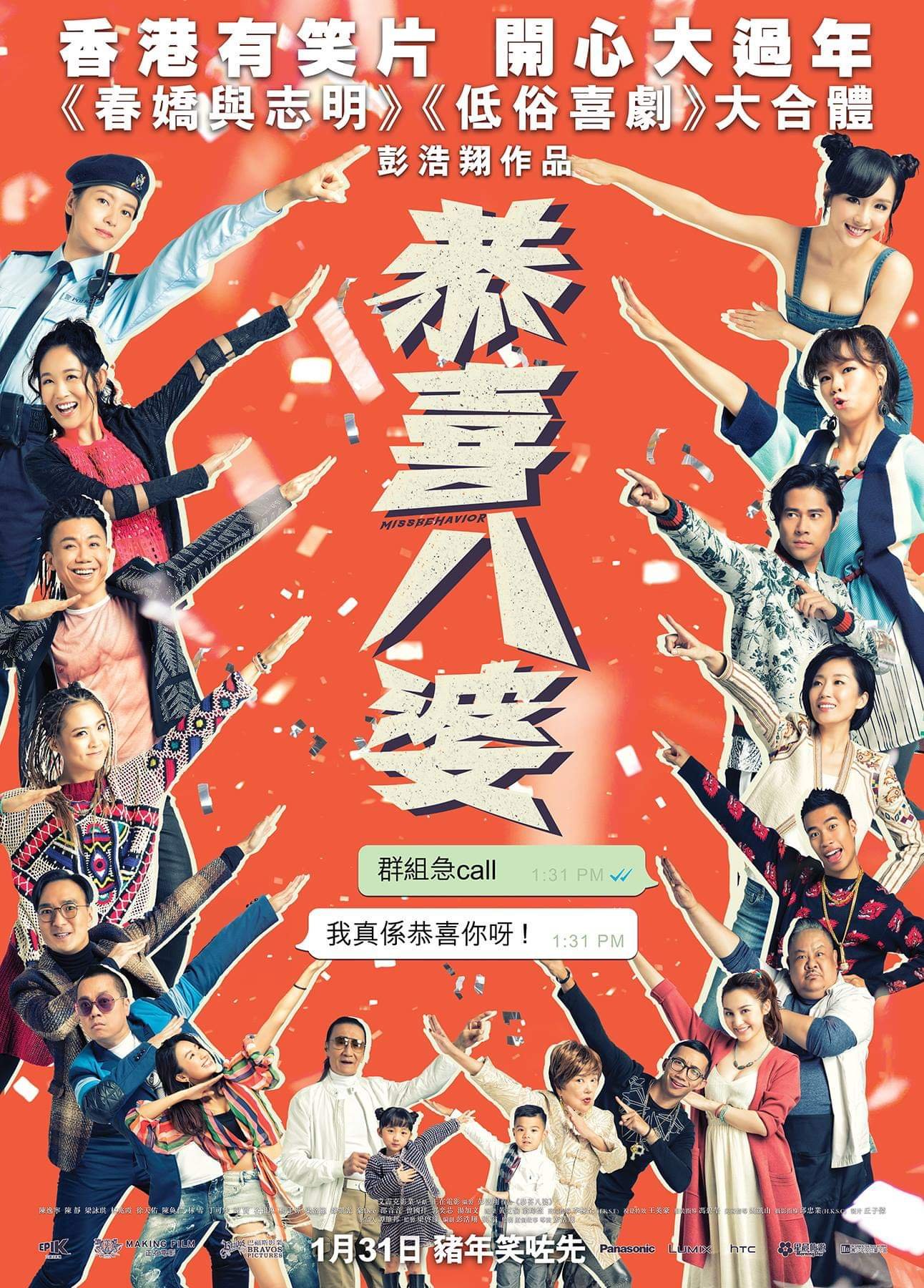