The Purge: Election Year (Blu-ray release 2016-10-4) is the third movie in the franchise that imagines USA to have an annual purge that allows people to legally murder each other.  This time the purge is used by the bad guys to eliminate a political enemy, and it rationalizes the purge by taking the view of reducing the economic burden of taking care of the poor.

I think the first half of the movie is fine in introducing the political views and new elements of the purge, but then it degenerates into a generic mess of people killing each other in stupid ways – such as dropping guns and having hand to hand combat instead.

The Shallows (Blu-ray release 2016-9-27) begins with beautiful slow motion shots of the protagonist and others surfing, but it takes too long so I originally suspect the movie to have a less than normal story.  It turns out to be good though.  The best thing with this shark movie is that it is different, and there are new ideas.  Almost all shark movies have most characters die one by one until the very last survivor(s), this movie instead spends the most time with the lone protagonist trying to survive while being stranded on a rock.  Those who love shark movies should not miss this one.

Teenage Mutant Ninja Turtles: Out of the Shadows (Blu-ray release 2016-9-20) works like a live action and longer episode of the cartoon.  It has a few moments of fun or interesting action sequences, but it does not have a very reasonable plot.  While there are plenty of significantly better superhero movies, this one is still ok for providing mindless fun for kids – at least it is not a disaster like Fantastic Four (2015).

Seoul Station is the animated prequel to the Korean live action movie Train to Busan, as reviewed in the previous post.  This prequel, however, has no relation to the live action movie in terms of characters and plot.  It takes even more time to get to action, and progresses at a much slower pace.  The characters also exhibit much more stupidity.  Although it has some nice ideas and moments, the twist is not reasonable, and we do not even learn more details about the source of the zombie outbreak from this prequel.

Train to Busan is perhaps this year’s best surprise.  This movie features a large group of World War Z (2013)-style fast-moving zombies with people trapped in claustrophobic train carts, combined with an equal threat of other people trying to save themselves by sacrificing others, and the Korean brand of melodrama.  The result is a fast-paced, thrilling and refreshing take on the zombie genre.  This movie will go down in history as one of the best zombie movies.

Warcraft (Blu-ray release 2016-9-27) flopped in all parts of the world except China, and gained bad reviews.  Quite a number of reviewers claim it’s incomprehensible.  As one who has never played the Warcraft games, I have no trouble understanding it at all.  Actually I think it has a fine story, with multiple characters that have sufficient depth – although some reviewers also view it as lacking focus.  My major problem with the movie is the pacing.  It should tell the background in less time, with a bit simplification, then go on with action quicker.  There should have been more action scenes and in more varieties.

Terra Formars (Blu-ray release 2016-9-2) is a live action adaptation of a manga, about a team of men and women who battle human-form, highly evolved and excessively strong, deadly and murderous cockroaches on Mars, by undergoing a high-risk surgery and taking injections to obtain bug-like superpowers.  Although reviews of this movie are bad, at least it’s significantly more watchable than the disastrous live action Attack on Titans.

This live action movie consists of materials from the first volume of the manga, and corresponds to the two-episode 2014 OVA which act as a prequel before the 13-episode season 1 anime (2014).  The movie made some changes, the largest change being that the team is now mostly criminals, and some of their personalities are changed as well.  Some changes are stupid – such as not informing the team of the lethal larger-than-human cockroaches when they go out to explore, while others improve the original plot such that certain plot points or transitions make slightly more sense.

The major problem of the movie is that most characters seem to exist just so they can die, not unlike many horror movies.  Although most of them are given some background, the sheer number of team members limit the screen time for each, so the audience does not care about them dying.  For me, this movie works surprisingly like a Kamen Rider show, but with a better plot and without the heroes shouting “Henshin!” while transforming.  It also reminds me of Starship Troopers (1997), which was of course badly reviewed, but I loved it even with its huge amount of stupidity.  Comparing against the average Kamen Rider shows and even worse Starship Troopers sequels, I will declare that even with some flaws, this movie is enjoyable – at least it is not yet another Alien (1979) clone.

Those who are interested enough in the story after watching the movie, can go to watch season 1 (2014) to find out what happens next. 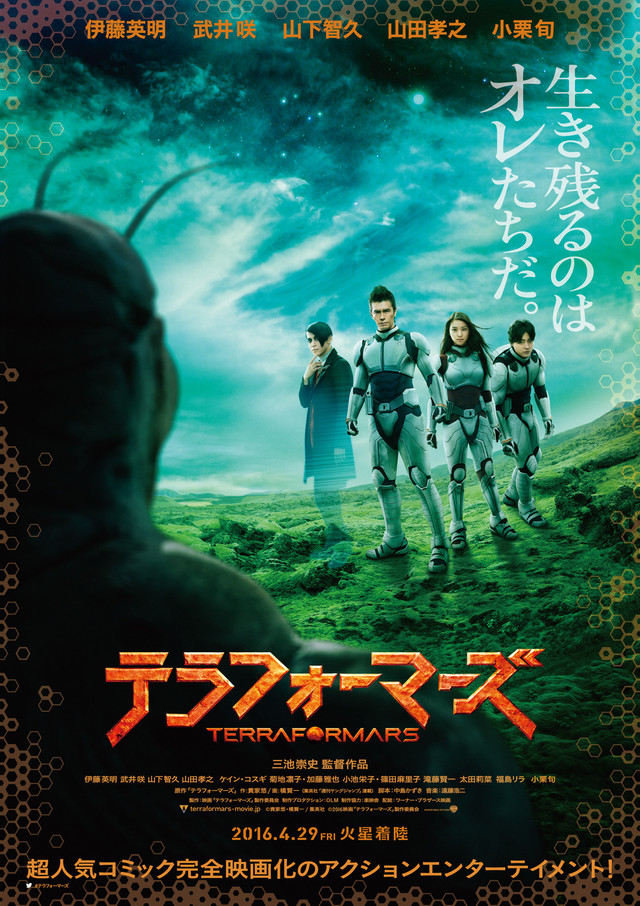 The Conjuring 2 (Blu-ray release 2016-9-13) is based on a haunting known as the Enfield Poltergeist.  The success of this movie proves that a complete and reasonable story is far more important than scares.  Although it is too long, this haunted house movie really does everything right.  It shows the helplessness of the victim family, as well as the struggles of the investigators.

Andron – The Black Labyrinth (Blu-ray release 2016-7-5) is a low-budget, uninspired ripoff of a few ideas from The Hunger Games and Maze Runner, with poor pacing, repetitive low-quality action sequences, and seriously bad effects and CG.