In Manchester by the Sea (Blu-ray release 2017-2-21), the will of the brother of the protagonist specifies him to be the guardian of his nephew, who lives in Manchester.  He does not want to move back to his hometown because of something happened before – which we eventually find out through a series of flashbacks.

As a movie about grief, despair and guilt, it does an incredibly good job of injecting humor into it.  In some ways this helps, because otherwise the tone could become even more depressing than it already is.  This is most certainly not my type of entertaining movie.  In spite of universal acclaim, it violates my rule for movies – if a problem is brought up, it needs to be solved.  To me, the alternative means that it achieves absolutely nothing.

偷天特務 Mission Milano (Blu-ray release 2017-1-12) is yet another Hong Kong / Chinese movie made up of scenes of comedy, close combat fights, along with a few cleavages, joined together by some kind of senseless and forgettable plot.

This time it’s about a scientist having invented a “seed of god” which can grow into a fake CG fruit tree on sand or sofa in no time.  For reasons I fail to comprehend, this is something that threatens the world.  The bad guys steal it, and our protagonists try to get it back and thereby saving the world.  We even get a Resident Evil (2002) style laser hallway.  Although the plot and the action sequences are nothing to write home about, at least there are a few jokes that work.

This movie is a political satire, and reintroduces the rule of killing pedestrians to gain points – an idea dropped from the the remake.  In terms of fun, car designs, plot, excitement and characters I find this movie to be generally unsatisfactory.  Its production quality is very low – it seems to me that swimming goggles are used as VR device in 2050.  The AI car is incredibly dumb.  Someone compared this to Hunger Games, I think that’s an insult to the latter.

The Corpse Party: Book of Shadows (Blu-ray release 2017-1-11) follows directly from the original movie.  One of the survivors has a sister, who happen to know many secrets about the school in the alternate dimension, happen to be able open an inter-dimensional hole to go there, happen to be able to incant something that drive monsters away, and happen to have an actual bone of the little girl who created the whole curse.

The survivors decide to use the bone to go back to the school and travel back in time in the hope of saving everyone.  Since this is a slasher horror movie, it would not be a spoiler to say that all this means is that we get to watch the people die again, at slightly different times and in slightly different and less interesting manners.  If this sounds dull, yes it is.  So the movie adds two new antagonists – the major one is far less fearsome than those in the previous movie, the other one should be more powerful but have little screen time.

In spite of the Book of Shadows being in the title of the movie, its subplot does not begin until near the end of the movie.  I can only say this subplot is as much a disappointment as the rest of the movie is.  Although the previous movie had a relatively rich story, the new elements introduced in the sequel are just senseless.  The movie also inserts shots of fake gore that have no relation to the plot. 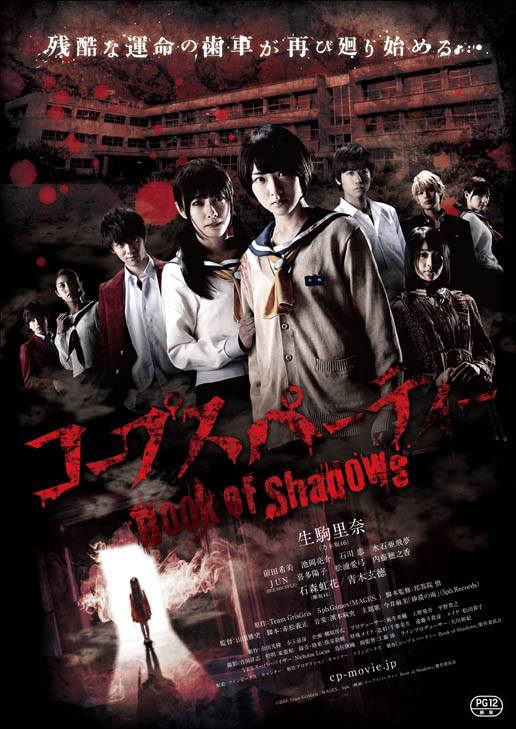 A Monster Calls (Blu-ray release 2017-3-28) look like a fantasy fairy tale but it really is not.  It is about a poor boy who has to face his mother’s terminal illness, and has constant nightmares about his mother dying.  To make things worse, he’s lonely, has no friends, is bullied in school, his father only sees him occasionally after divorce, and his grandmother does not seem to be nice.

For those who appreciate this subject, this movie may be good in its lesson about facing terminal illness.  However, I don’t.  This is exactly the kind of movies I avoid – I watched it only because there is a monster in the poster.  I cannot understand how this subject can be a children’s book.