追捕 (Manhunt) (Blu-ray release 2018-2-9) is a remake of a 1976 Japanese movie.  In this version, a lawyer is framed for murder.  A cop tries to catch him, but the bad guys try to kill both of them.  So they work together, showing full of signature John Woo style gunfights, brotherhood, and pigeons.  The story starts fine, but to accommodate the action and twists it soon becomes too unrealistic.  This movie reminds of the ones that made John Woo famous in the 80s, but I cannot say it elevates above those classics.  The top international cast found in this movie is from China, Japan, and Korea. The Promise (Blu-ray release 2018-2-1) – the protagonist asks her best friend to commit suicide with her on her 15th birthday, because both their families are going through financial crisis in 1997.  After the friend died, she gets scared and runs away.  She grows up and have a daughter.  Approaching the 15th birthday, the daughter sleepwalks, behaves abnormally, and talks to an invisible person.

Although there are a few jump scares in the early part of the movie, this is the type of ghost movie that has a complete and sensible story, instead of inserting random scares without pay attention to the plot.  Interestingly, this movie takes the approach of implying the ghost is there, but does not let the audience see her except in a few scenes.  Anyway, this movie is much better than another one I’ve recently reviewed that shows a lot of ghosts, but messes up the story and says there is no ghost.

Note: The building featured in the movie is real, and is also known as the Ghost Tower.  The movie is filmed on location.  A Swedish man went there to commit suicide in 2014. 逆時營救 (Reset) (2017) is a Chinese sci-fi movie.  The Chinese title translates to “rescue by time reversal”.  The protagonist is a single mother, who works in a laboratory that creates a time machine that transports the subject to a parallel world.  Bad guys try to steal the research data by kidnapping the son of her.  In spite of complying to the demands, she witnesses her son getting killed.  So she goes back in time to save him.  However, instead of simply succeeding, the time travel drama becomes more complex that I rather not spoil.

It is always commendable for a mainstream movie to tell a non-trivial time travel parallel universe story, because such stuff is not easily understandable by everyone.  In fact, some of the negative Chinese reviews fail to understand the parallel universe view of time travel, and why conventional time paradox does not apply in this movie.  Although the action and the car chases are average, and at one point the mother suddenly becomes good at shooting and athletic for no reason, this is still an enjoyable movie.  Note that certain aspects of the movie are similar to Triangle (2009), which is a masterpiece, but this correlation is unfortunately ignored by the Western reviews I’ve read. 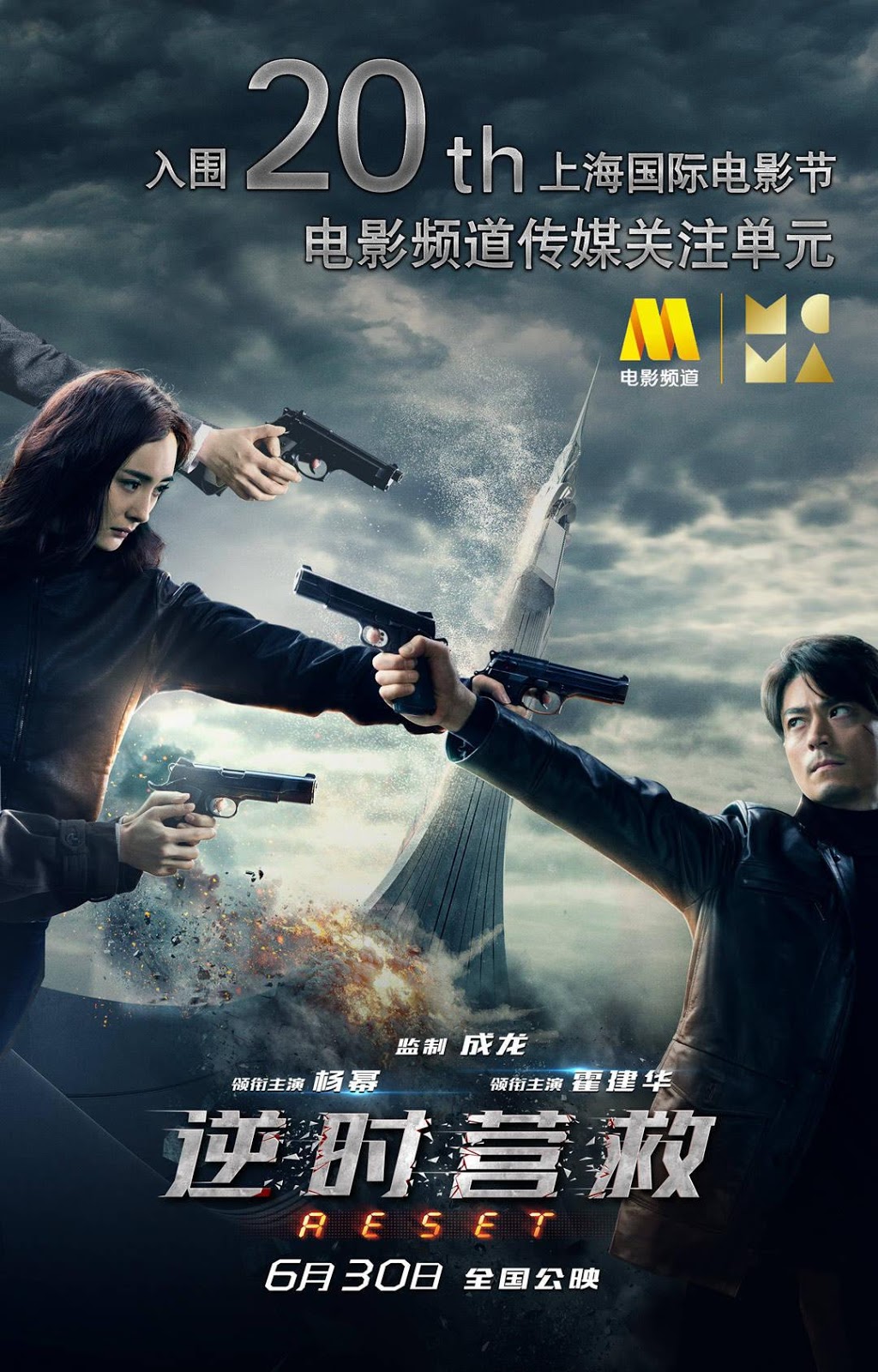 女士復仇 (Husband Killers) (Blu-ray release 2018-2-14) is a movie about two cool and sexy professional killers, discovering that their husband and boy friend happen to be the same man.  Failing to kill each other, they are lured to a death trap set by the man.

I like this movie, despite some scenes being a little too violent.  There are some flaws though.  Early on it is established both protagonists are professional killers.  If they are really as good as they are set up to be, it is strange that it is so difficult for them to escape from a nobody in the middle part of the movie.  A less important issue is the opening scene – chronologically it does not fit well anywhere in the timeline of the main plot.  It could not have happened before the main plot, because they do not recognize each other at the rooftop when they discovered the cheating.  It could not have happened before the epilogue, because they do not know each other’s jobs at that time.  It might happen after the epilogue, but the ending scene does not provide any clue or continuity to support that. Alien Invasion: S.U.M.1 (Blu-ray release 2018-2-6) is not really about alien invasion.  It’s more about a soldier, carrying out a mission to guard a tower for 100 days alone in a post apocalyptic Earth, going crazy.  Something odd occasionally appears in his defense circle, but his superior always dismisses his sightings and tells him not to worry.

Although I think the title of the movie is misleading, I do not think its idea is fundamentally wrong.  It is not especially dramatic or entertaining to watch the protagonist go crazy, but this is not the worst aspect of it.  There are multiple problems with the story.  Firstly, it is not explained why there are people who are afraid of the military and refuse to go underground, despite the reported risks of alien attacks.  Exactly why the predecessor does what he does is not explained as well.  Why the other solider was willing to talk to the predecessor illegally but not the protagonist is not explained as well.  The final scene only makes the movie more unreasonable than it already was.

Haunted Hotel (Blu-ray release 2018-2-2) is a Chinese ghost story that is inspired by the famous ghost story of a real hotel in Malaysia.  The protagonist consistently makes stupid decisions to approach people that are obviously ghosts, in order to create regular jump scares for the audience.  It gives hints of a background mystery that should eventually explain everything.  Unfortunately, the possibly reasonable story that has been building during the whole movie is thrown away at the last moment, and replaced by a complete nonsense.

I started watching it while wondering how a mainland Chinese movie can feature ghosts, as I suspect this is not allowed by policy.  I found the answer at the end.  Spoiler: The most horrible thing in this ghost horror movie is that there is no ghost.

Diverge (Blu-ray release 2018-2-6) starts in a post-apocalyptic world of wasteland.  A man and his wife try to survive with limited food.  She dies soon due to a global virus, and he is captured by a mysterious man, sending him on a mission to save the world.

Although it has multiple awards and reminds me of 12 Monkeys (1995), I do not like this movie for multiple reasons.  The first scenes showing the post apocalyptic life are far too long.  In the climax, certain people should be asking important questions to understand the life threatening situation they are facing, but they just keep silent.  I hate open endings.  We do not really know whether the world is saved or not.  There is another important aspect that is not addressed as well.  The only thing that I find interesting is how the plot takes advantage of its perspective of time paradox.

The Cloverfield Paradox (Netflix) is the third movie in the Cloverfield universe, but again it is not too related to the previous movies.  A mission of using a particle accelerator in space to solve energy crisis goes wrong, sending the team to a parallel dimension.  There are several good ideas here that are not too common in other sci-fi horror movies.  It could have been a good movie, if those good ideas are not wasted by the arbitrary and random horrors that make no sense or consistency.  Example: a wall eats the arm of a team member, and that arm shows up later elsewhere and does something really important.  I can accept that monster walls can eat people, but all similar walls in the space station should behave the same, not just one.

To Each His Own (Blu-ray release 2017-12-8) starts with the protagonist working for a black (meaning exploitative) company in Japan.  His horrific boss scolds him, penalizes him, deducts his salary, and forces him to work overtime without pay.  When he is about to fall from a platform to the path of a speeding train, someone rescues him.  The rescuer claims to be a classmate, but this is quickly revealed to be a lie.  The truth about him remains to be a mystery for a large part of the movie, and makes the plot more interesting.  A female coworker also helps the protagonist, but she is not romantically interested in him, and actually has her own agenda.

Obviously inspired by the not-uncommon news of people who are overworked to commit suicide in Japan and other parts of Asia, this movie injects humor, cheerfulness and mystery into this serious subject, making it not unpleasant to watch – even if the protagonist tries to commit suicide twice.  It sends a positive message about life, and emphasizes the importance of having hope in life.

The Irregular at Magic High School The Movie: The Girl Who Calls the Stars / Gekijōban Mahouka Koukou no Rettousei: Hoshi o Yobu Shōjo (Blu-ray release 2018-1-24) is the movie follow-up to an anime series, which is about a brother and a sister with really strong magical powers in a magic school.  Although it helps to have watched the anime series to know about the supporting characters, the story in this movie is self contained.

This movie starts with a bunch of girls forced to be part of a series of inhumane experiments to develop a magic weapon of mass destruction.  One of the girls escaped and guess who she runs into.  The movie spends an hour setting the story up.  Not much happens during this time, with little tension.  When it reaches the climax, the hero resolves the crisis and saves the day in no time, with no real opposition and no difficulty at all.  Some supporting character put up a short but good fight with the enemies.  I’m disappointed in this. 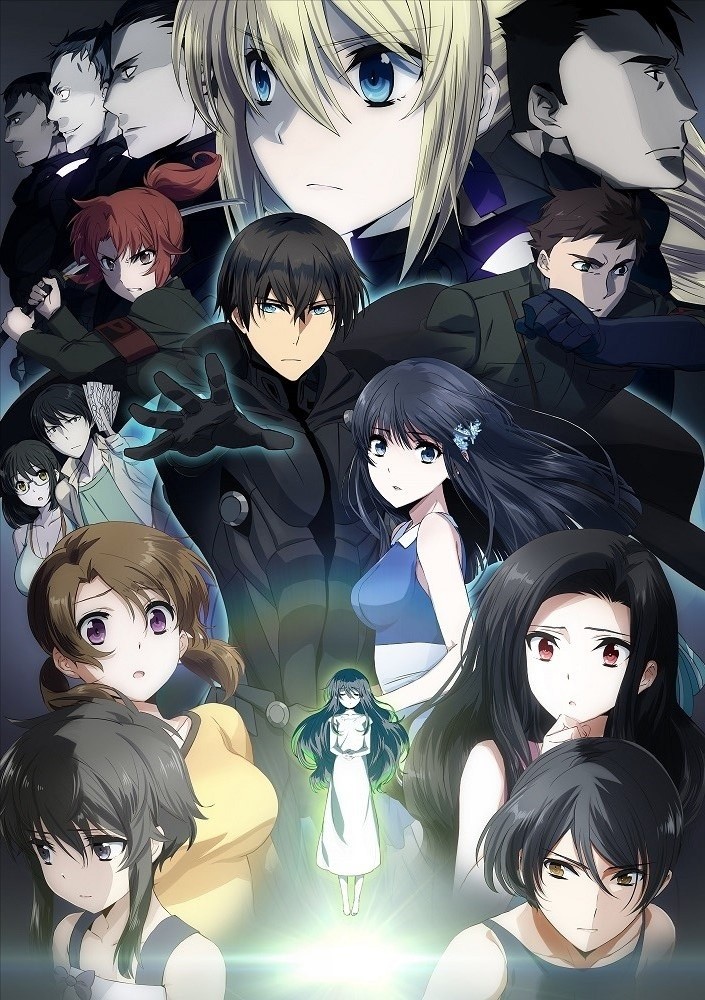