Initial D is very different from typical street tracing movies not only because of its drifting, but the protagonist’s car is generally regarded as slow and underpowered.  The story has it win over all other types of fast and high-powered cars, and supports it via discussions of different types (FR/FF/4WD) of cars and theories of driving techniques for them, as well as weakness in particular models.  Those who love street racing movies but have not watched the original anime should definitely watch this.  Those who have already watched the original anime will find that the drawing is very much improved here, and I think the new movie contains the most important stuff from the First Stage (1998).  I prefer the original music, and the original voice of certain characters in the original anime though.

Before this 3-part movie, there was another Hong Kong live action adaptation made in 2005, which is also very good, but there were significant changes in order to cover a larger span of the story in less screen time. 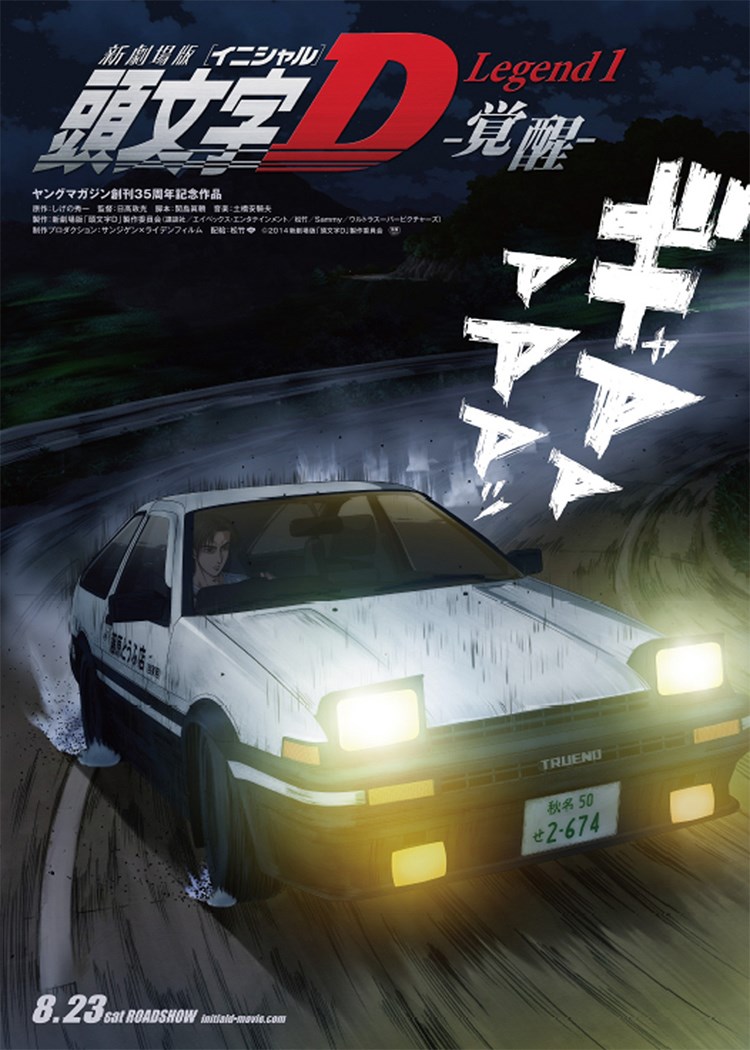 Jason Bourne (Blu-ray 2016-12-6): Someone hacks into CIA and finds out Jason Bourne’s father’s role in Operation Treadstone, leading Jason to resurface and be hunted by the CIA, again.  There are a few new plot elements injected into the story, but they do not impact the story in any significant way, other than to have some more shootings and fights.  Other than seeing a higher number of cars getting trashed in a car chase, there is nothing new to be seen.  Although it still feels realistic and is still competent, the movie does not bring any new excitement and is mostly forgettable for me.

The BFG (Blu-ray release 2016-11-29) flopped.  What went wrong?  Everything, starting from the story and the screenplay.  As a kid’s movie this story might have been acceptable 30 years ago, but not now when we have Harry Potter that set a very high standard for a written-for-children story.

The pacing is so slow that I think the story should be told in half the time it takes.  There are a few scenes that are gorgeous, and the opening sequence works quite well, but that’s all.  There is no fun, no comedy (other than fart jokes), no tension, no action.  The only thing it has is the friendship between the girl and the giant – but unfortunately it does not work either.  It is far below the level established in E.T. the Extra-Terrestrial (1982).  After enduring the long time with very little drama happening, the climax – the war with the evil giants – is finished in no time.

For movies with giants, Gulliver’s Travels (2010), Jack the Giant Slayer (2013), and Attack on Titan anime (not the disastrous live action movies) are all much better alternatives.

It is hard to imagine that a Harry Potter movie without Harry Potter can be great.  However, Fantastic Beasts and Where to Find Them proves that a great imagination, a rich story, and interesting new characters can serve to expand the magical world, make it enjoyable to both existing fans and newcomers, and most important of all, superbly entertaining.  With the advances of CG since the first Harry Potter movie in 2001, the action sequences, the magical world and effects in this prequel are even more spectacular.  This is also the first time in my life that I’m happy to see a cockroach on screen.  There is no better word to describe this movie: Fantastic.

Note: the character Gellert Grindelwald appears in this movie, and presumably will have a larger role in the sequels.

六弄咖啡館 (At Cafe 6) (Blu-ray release 2016-11-15) is a romance movie from Taiwan, adapted from a popular internet novel.  Two high school students start to have a romantic relationship, but there are obstacles maintaining the relationship after they go to different universities that are geographically far apart.  They also start to have different values.

People compare this movie to 那些年，我們一起追的女孩 (You Are the Apple of My Eye) (2011) and 我的少女時代 (Our Times) (2015), but this movie is just not at the same level.  Firstly, there is far less comedy here, and the tragic nature does not help.  It’s also not as dramatically rich.  Even without reading the novel, it is easy to foresee early that the inevitable will happen at some point.  I believe there are people who like the emotions conveyed in this movie, but I don’t.  This is just not my type of romance movie.  The only two things I like are the performance by the lead actress from Hong Kong, and the background music of the final scene.

Note: There is an extra scene after the credits.

使徒行者 (Line Walker) (Blu-ray release 2016-10-28) is a spinoff from a 2014 Hong Kong TV series of the same name.  I’m glad this movie is self contained and complete – it does not require knowledge from the TV series.  The distinctive feature here is that it has more undercover agents than the usual undercover police drama.  Attempting to enrich the movie, a lot of plot / action / twists / backstory / comedy is crammed into it, so the plot feels a little convoluted for its duration, and perhaps somewhat preposterous, but it is still entertaining.  For a Hong Kong TV series that gets turned into a movie, this result is respectable, since there are disastrous efforts in the past.

This is Your Name. / Kimi no Na wa.  It starts with a boy and a girl switching bodies randomly when a comet is approaching.

Note: This movie reminds me of Il Mare (2000) and The Lake House (2006).  I actually watched Lake House after this.  While Lake House is a fine remake of Il Mare, their most important elements are already in this movie, I’ll say this movie is distinctly superior (even though this may not be a fair comparison).

The boy and the girl are on different timelines, with a difference of three years.  When they switch bodies, they also travel back and forth in time unknowingly.  (One of few things Il Mare / The Lake House did better is that the protagonists discover the time difference early on, whereas in this movie this is delayed in order to be presented as a twist – some people may find this to be very slightly unreasonable.)

He cannot see the comet because it approached three years ago in her timeline.  When he tries to call her phone, she is not available to answer because she is already dead in his timeline.

After they finally meet in the magical twilight that transcends time, they forgot each other’s name because one must give up one’s most previous thing – their memories of each other – in order to return from twilight time.

The Wailing (Blu-ray release 2016-10-4) is a Korean horror thriller.  Several people in a village die in horrific ways.  The daughter of the protagonist also begins to act abnormally.  The protagonist suspects it’s all related to a suspicious Japanese man, and the family finds a shaman to help.

In spite of the subject matter, this movie is mostly not scary, except for a strange scene that involves a zombie (which unfortunately is not quite coherent with the rest of the drama).  While there are many good qualities to be found in the movie, it rises above the average horror movies because it presents a rare case of suspicion / confusion that is never explained but still intriguing.  People have come up with a lot of different interpretations.  I read quite a number of them, and the following is what makes the most sense to me.

As reflected in the little girl’s diary, she was raped by the Japanese guy and got the disease.  This disease can be sexually transmitted, thereby creating new victims.

The shaman’s ritual aims to harm the little girl instead of killing the demon.  Therefore she is in pain.  The editing makes it look like the ritual is hurting the Japanese guy as well, but actually he is hurt by the presence of the woman in white.

The woman in white is the guardian spirit of the village, so the shaman vomits when he faces her.  She is a representation of good because the Bible says “let him who is without sin cast the first stone”.  The shaman tries to run away but is stopped by the powers demonstrated by the demon.

The guardian spirit asks the protagonist to trust her (to have faith) and wait for the rooster’s crows three times – this is a reference to Jesus saying that Peter would deny knowing him three times in the Bible.  The protagonist loses faith, goes back home, causing the flower – the trap for the bad guys – at the door to wither.  This allows the shaman to go in and capture the spirits of the family using a camera.

Adapted from a play, 暗色天堂 (Heaven in the Dark) (Blu-ray release 2016-10-7) tells the story of a Pastor, meeting an innocent churchgoer who is also his subordinate at work.  Their friendship grew and resulted in a French kiss one night.  A lawsuit followed and literally destroyed his life.  A strong performance from the cast, especially the lead actress, helps this movie and allows the audience to think about the different perspectives of the truth, who the real victim is/are, is the woman really innocent, etc.

I learned three things from this Hong Kong movie: 1. When you’re in an intimate relationship and your partner ask you whether you love her/him, there is absolutely one correct answer only.  2. When you are getting sued, and a lawyer is helping you, don’t reject his help.  3. Try not to get drunk and say bad things.